The foundation of CORDENTAL Group® is built on a solid, dentist-centric philosophy. The dentists at each of our affiliates experience the freedom to care for their patients while we take care of managing the day-to-day business of a thriving dental practice. Every practice is unique, and we empower our affiliates to maximize their earning potential, drive clinical quality and provide excellent patient care.

Our leadership team has more than 25 years of success growing healthcare-related businesses that have consistently dominated their market share, and are using their expertise to support our affiliates in doing the same. From our corporate office in Cincinnati, Ohio, we’re using our carefully executed C.O.R Affiliate Strategy™, to bring together some of the best dental practices within the Mid-Atlantic, Midwestern and Southeastern United States to form a leading DSO. Review our Services to discover how you can achieve financial security, find the time to provide superior clinical care, maintain the work/life balance you desire, and secure the brightest possible future for your team and your practice. 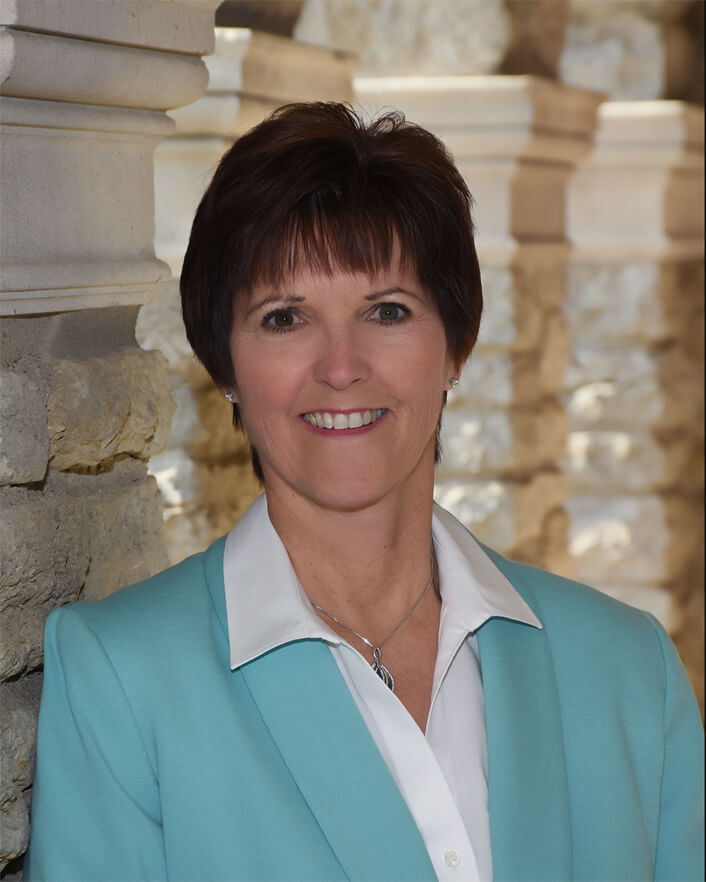 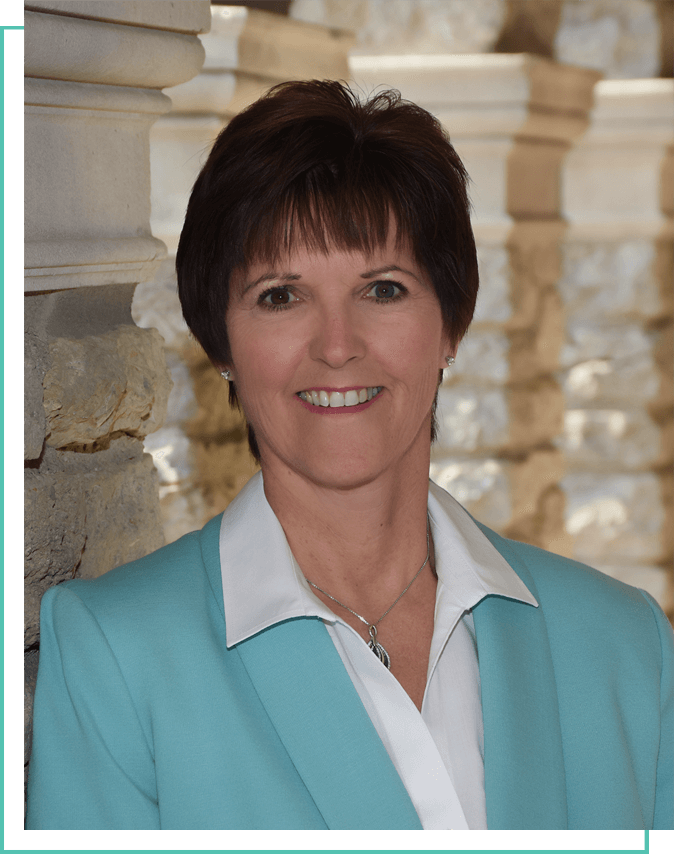 Dana is a proven healthcare executive with a track record of more than 25 years starting, acquiring, integrating and growing healthcare-related businesses while continuing to support their unique culture and strengths. She co-founded CORDENTAL Group® and is dedicated to the continued success and growth for each individual affiliate by empowering them to provide quality care and exceptional customer service in a collaborative environment that maximizes every member’s potential.

She began her career as a pharmaceutical sales executive and then moved into operations upon completion of her MBA. As a joint venture, she formed Infusion Partners, which she grew to over $60M in revenue and 17 locations before selling it in 2007.

Dana partnered with private equity in 2008 to form CarePoint Partners, a home infusion company that grew to over $150M in revenue over five years. It quickly became one of the top five infusion providers in the country. Dana’s efforts were concentrated on building the infrastructure of the company around a team of professionals whose sole purpose was to support the clinical sites, the newly acquired companies, and their owners.

This philosophy of supporting superior patient care drove the success of the company that thrived under her leadership. Removing the challenges of running a business and providing a renewed focus on patient care were the keys to continued growth. CarePoint Partners was considered the acquirer of choice in the home infusion industry because of the individualized approach to acquisitions and the culture of the company that Dana established.

After the sale of CarePoint in 2013, Dana has been involved in other startups and in consulting roles with private equity firms. She is a board member of ITC Compounding Pharmacy, MedaCheck — a startup company that provides a medication adherence program, and Anne Arundel Dermatology Management.

Dana is a graduate of the West Virginia University School of Pharmacy and holds an MBA from Xavier University in Cincinnati. She has been a finalist for the Ernst & Young Entrepreneur of the Year Award, won both the Association for Corporate Growth Deal Maker Award and the Fast 55 Award for Growth when leading CarePoint Partners. 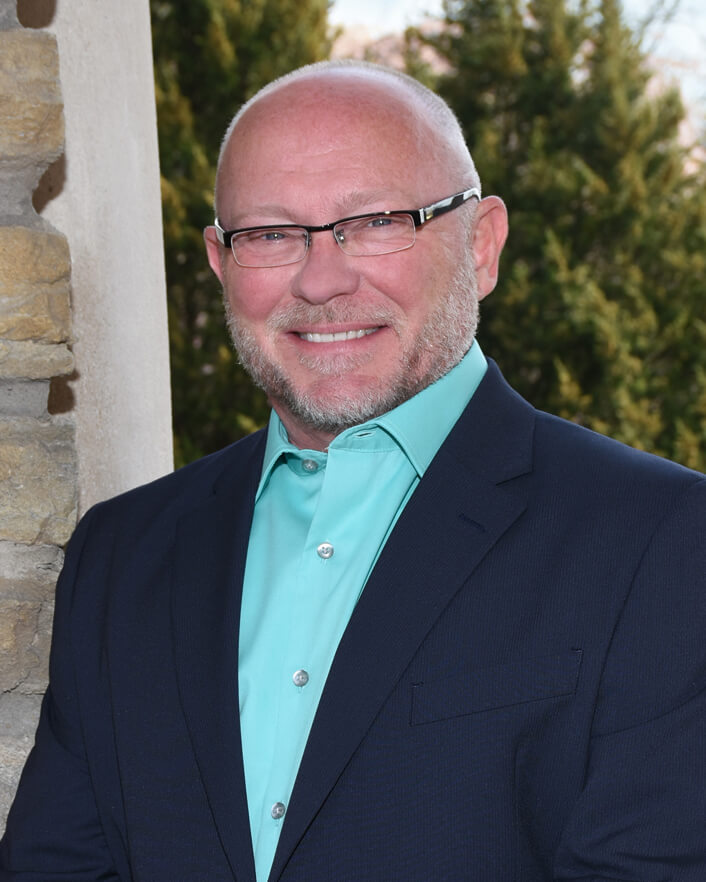 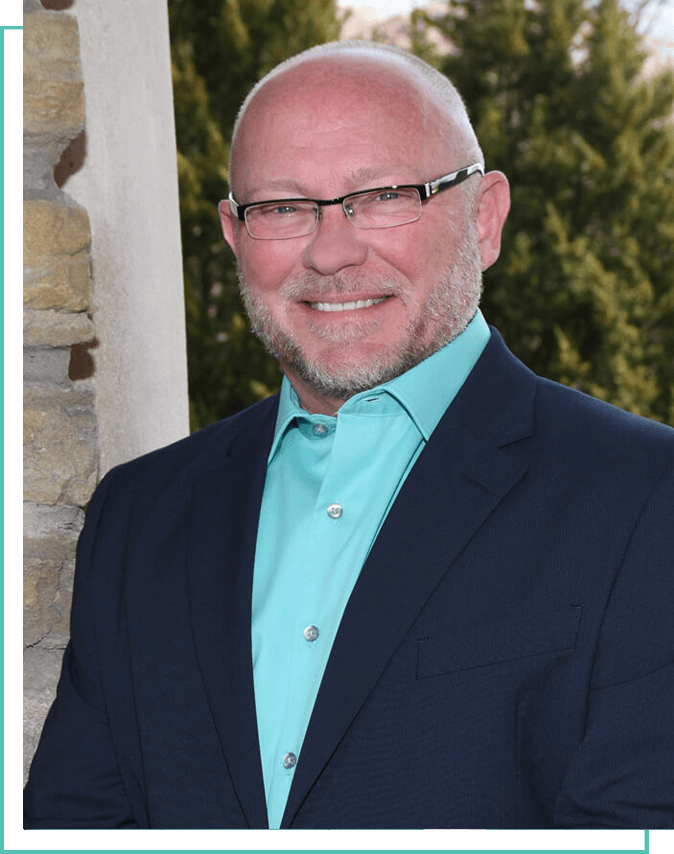 As one of the co-founders and Chief Development Officer for CORDENTAL Group®, Steven facilitates practice transitions that are uniquely designed for each situation, understanding that no two affiliations are the same and they must benefit all parties involved. Steven is an accomplished healthcare executive with a passion for bringing people and businesses together to form dynamic, successful partnerships. His proven ability to foster and nurture relationships has led to successful affiliations and acquisitions within the dental practice, dental laboratory and home infusion industries. Under his leadership, he and his teams have successfully closed on 50+ affiliations/acquisitions since 2008 worth more than $200M in revenue.

Steven's goal is to ensure every transition maintains a dentist-centric approach, and the result is the financial security for practice owners, their families, and staff while providing back office dental support that allows the practices to do what they do best - take care of their patients. His experience as a business owner has put him on both sides of the sales process, and he is empathetic to the emotions experienced during a sale and/or transition process. This gives him a unique perspective in the industry and it’s an integral part of what makes CORDENTAL Group® a leading Dental Support Organization (DSO).

Steven is a graduate of the Medical College of Virginia School of Pharmacy and holds an MBA with a concentration in healthcare management from Regis University. He previously served as the Chief Corporate Development and Integration Officer for North East Dental Management (now part of Dental Care Alliance) and as Chief Acquisition Officer for Dental Services Group, one of the largest dental laboratory groups within North America. He was Division President and Executive Vice President for Business Development for CarePoint Partners, a home infusion and specialty pharmacy company. In that capacity, he and the other executive leadership team members built the largest independent and overall fifth largest home infusion provider in the nation. That company was successfully sold to BioScrip, a publicly-traded home infusion company, in 2013. 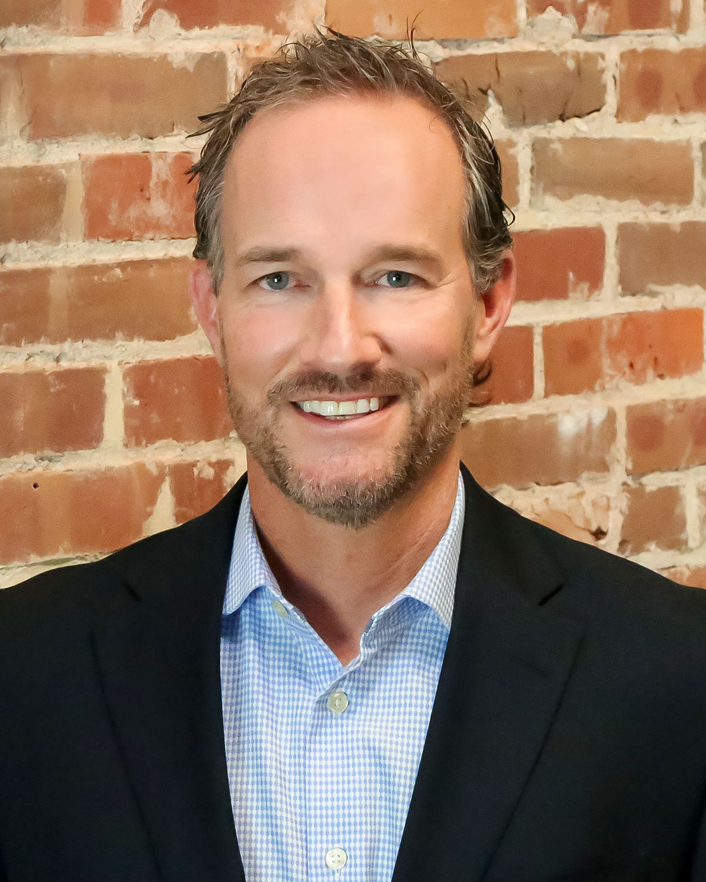 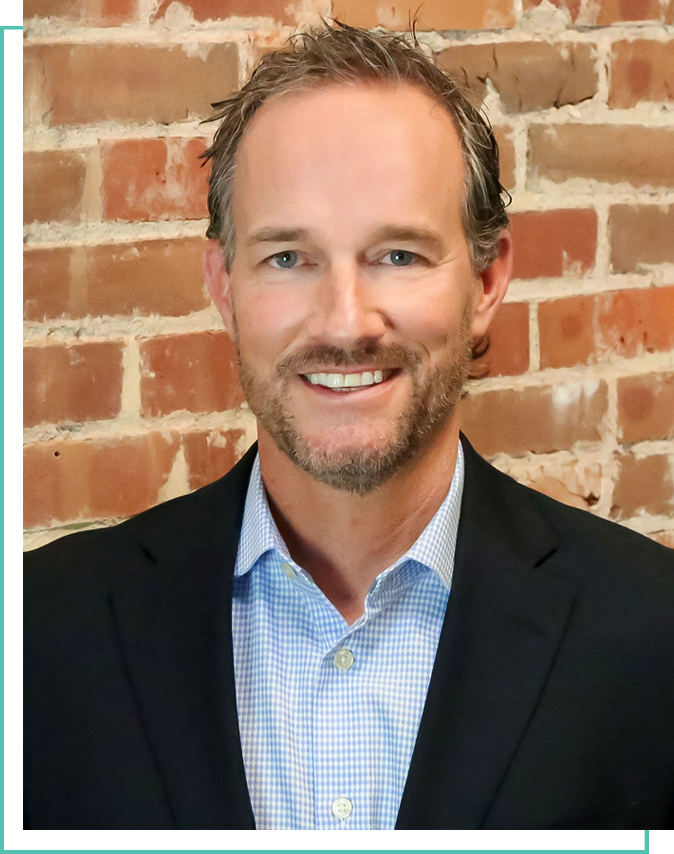 A lifelong Iowan, Jeff grew up in Waukon, spent 10+ years in Des Moines and has resided in Dubuque since 2001. After graduating from the University of Northern Iowa with a degree in Accounting, Jeff received his CPA designation and spent nearly 11 years with the international accounting firm Deloitte & Touche. In 2001, Jeff joined Advanced Data-Comm, a rapidly-growing, privately-held outsourced contact center company, as Chief Financial Officer. Following a decade of service to Advanced-Data Comm, including the successful sale of the company to Working Solutions, Jeff joined AppleWhite Dental Partners as its Chief Financial Officer in March 2011.

As Chief Financial Officer for CORDENTAL Group®, Jeff has been instrumental in maintaining the organization's position as a dental service organization (DSO) of choice. He enjoyed the many challenging and diverse activities of his position, most notably working with top tier dentists wishing to affiliate with the company and helping their practices thrive and grow.

Jeff maintains professional memberships in the Iowa Society of CPAs and the American Institute of CPAs. He's the proud parent of two wonderful daughters and outside of his professional and parental life, enjoys spending time in the outdoors through fishing, running, kayaking, golf and various athletic events. 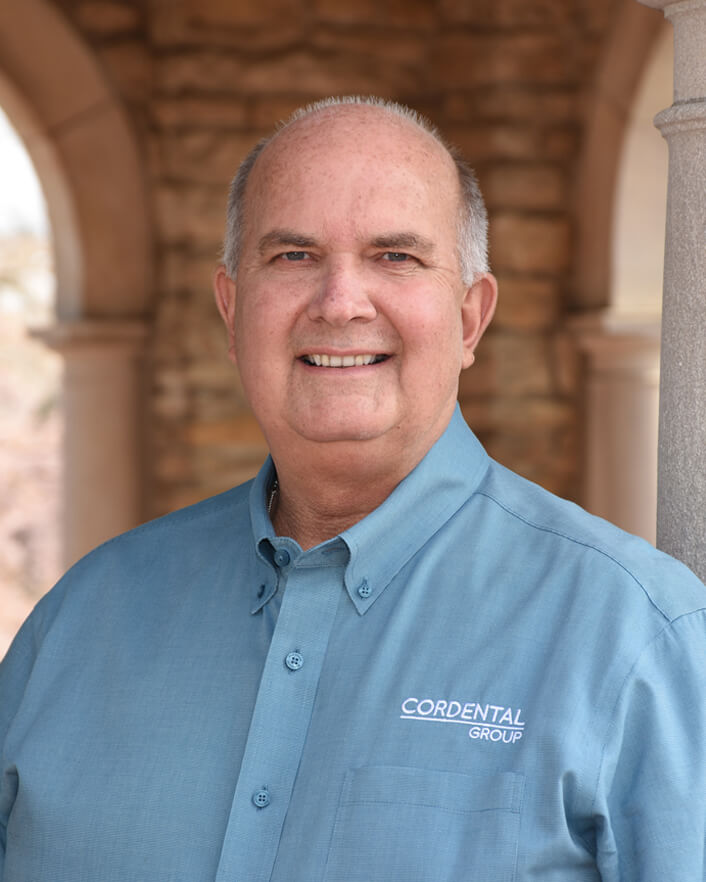 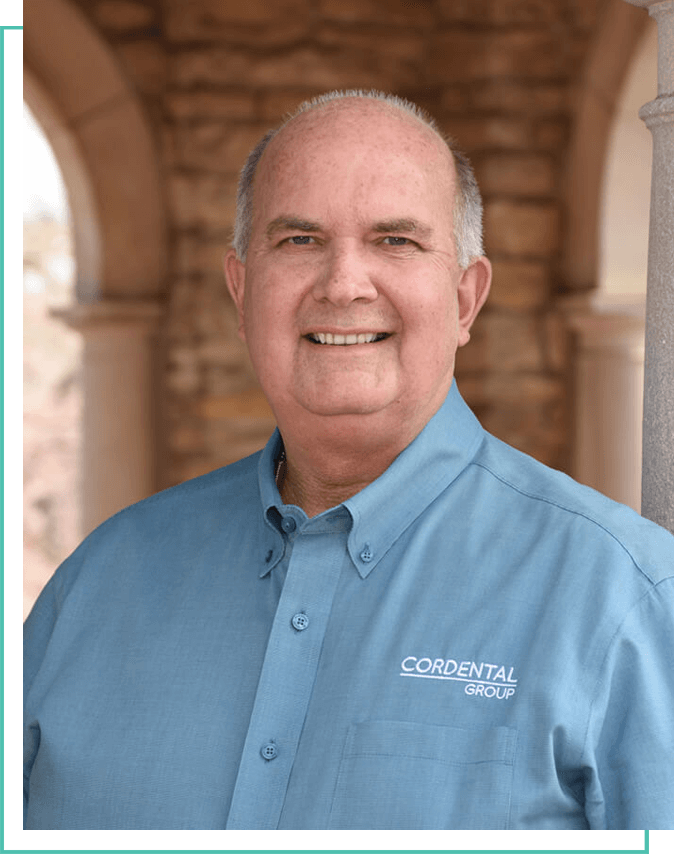 A healthcare executive for more than 20 years, Ken is experienced in managing business operations as well as building culture and value within organizations. During his career, he has successfully integrated over 40 acquisitions and multiple startups. As Vice President of Operations at CORDENTAL Group®, Ken helps to drive the success of each office through a focus on increasing efficiency, whether that is through improvements to processes and clinical systems or updates and renovations to the physical space.

Ken graduated from the University of Cincinnati with a bachelor of science degree in pharmacy. In his free time, Ken loves biking, golfing and playing out on weekends with his rock band. 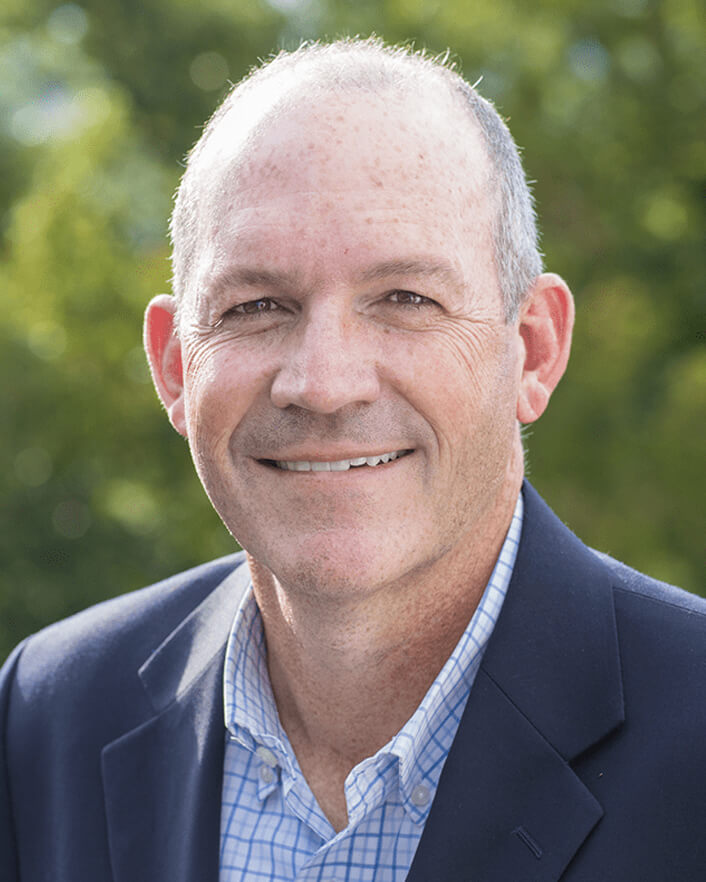 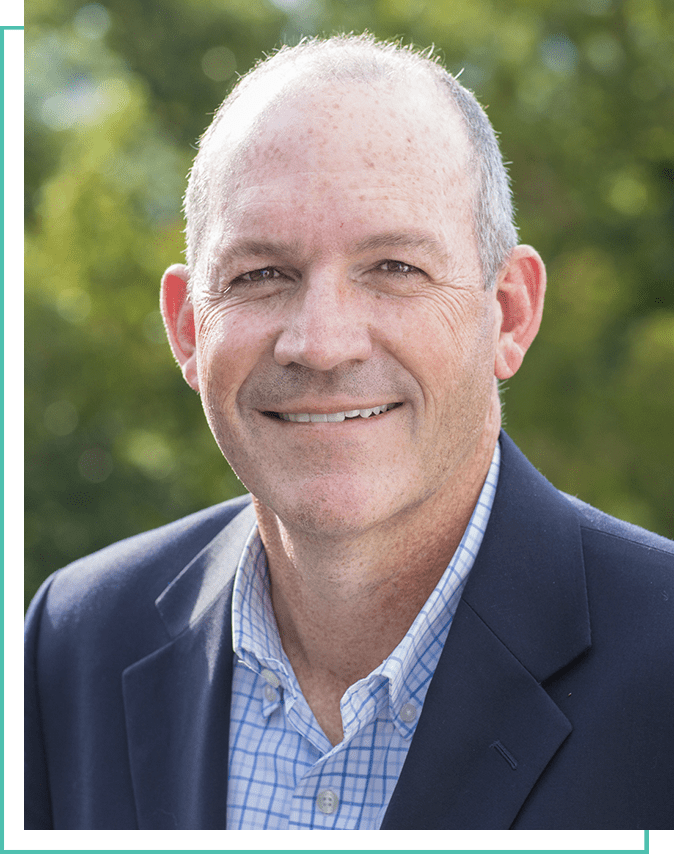 Born and raised in Dubuque, Iowa, Dr. Thomas McCoy graduated with a Bachelor’s Degree in Biology from the College of St. Thomas at St. Paul in 1987. He returned to Iowa, where he earned his DDS from the University of Iowa, College of Dentistry in 1991, then moved to St. Louis, Missouri, to complete a General Practice Residency at St. John’s Mercy Medical Center. Dr. McCoy entered private practice in 1995 and owned two dental offices; one in Dubuque and one in Manchester.

After 17 successful years in private practice, Dr. McCoy joined together with his Equity and Operating Partners to make a shared vision a reality and founded AppleWhite Dental Partners in 2009. That vision created a company that responds to the needs of modern dental patients by providing 21st Century dentistry. By allowing dentists to enjoy the value of their practice without losing income and providing a path for young doctors to enter their chosen profession through mentorship, AppleWhite Dental Partners offered practices the ability to focus completely on offering great dental care to patients in Iowa and the surrounding region. Under Dr. McCoy’s direction, AppleWhite Dental Partners grew to a network of 35 offices, 50 dentists, and 350 employees, serving nearly 185,000 patients annually. In May 2019, AppleWhite Dental Partners was acquired by CORDENTAL Group and Dr. McCoy became Senior Vice President of Clinical Business Development.

Dr. McCoy maintains professional memberships in the American Dental Association and the Academy of General Dentistry. In his free time, he enjoys golf, reading, and spending time with family. 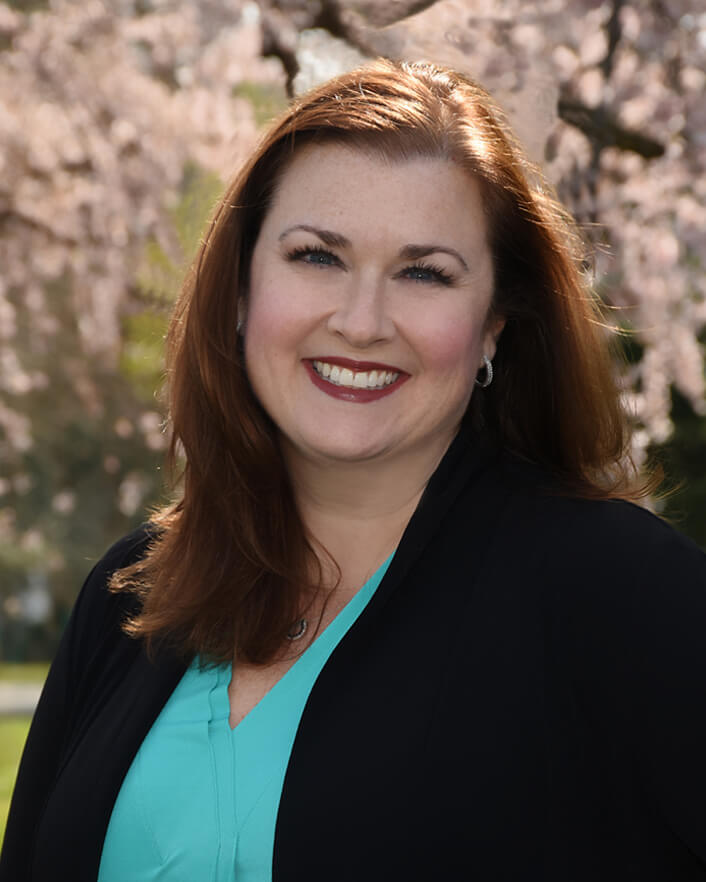 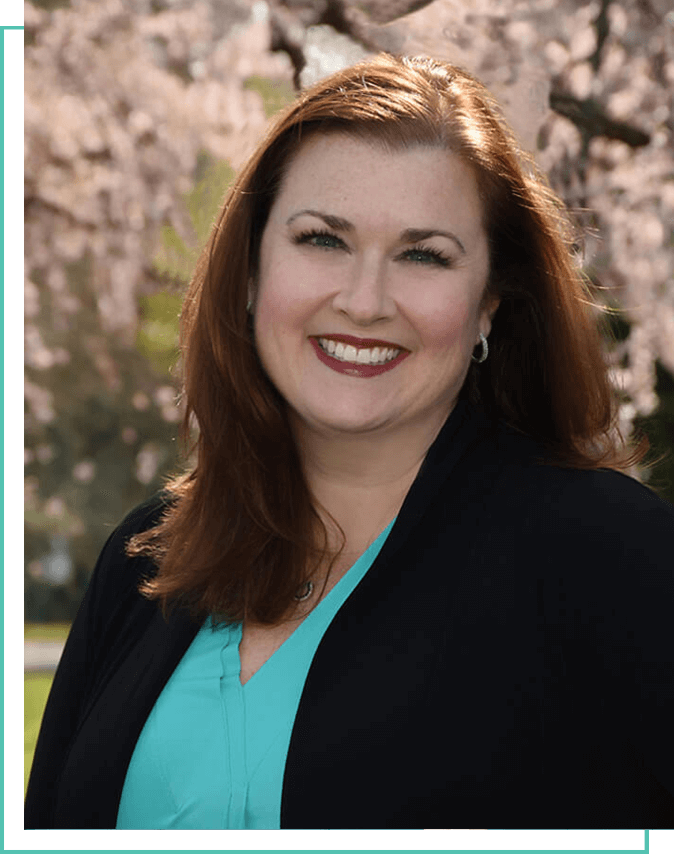 Melissa is an innovative Human Resources executive with regional and global experience providing a full range of strategic and operational HR support. During her career, she has successfully led the human resources integration of more than 30 acquisitions, launched several HR departments from the ground up, and helped transition the sale of one organization to a publicly traded company. She is passionate about talent management and building world-class employment experiences.

Prior to her role as Senior Vice President of Human Resources at CORDENTAL Group®, Melissa successfully led executive HR functions at a number of organizations within the Healthcare, Infusion Pharmacy, Information Technology, Professional Services, and Hospitality/Tourism industries. Melissa brings sound business and personal judgment, demonstrated change-management capabilities and proven operational expertise to CORDENTAL. She specializes in start-up organizations, acquisition integration, organizational development, culture development, and talent strategy. She is passionate about maintaining the culture and character of our practices and organization as we grow and feels personal relationships and communication are integral to our success.

Melissa is a proud graduate of the University of Cincinnati and is a Cincinnati native. In addition to her 25+ years as an HR industry leader, she is a certified SPHR and SHRM-SCP and a member of several HR associations both nationally and locally. In her free time, she lends her HR talents and experience to local non-profit companies in advisory and board member capacities. 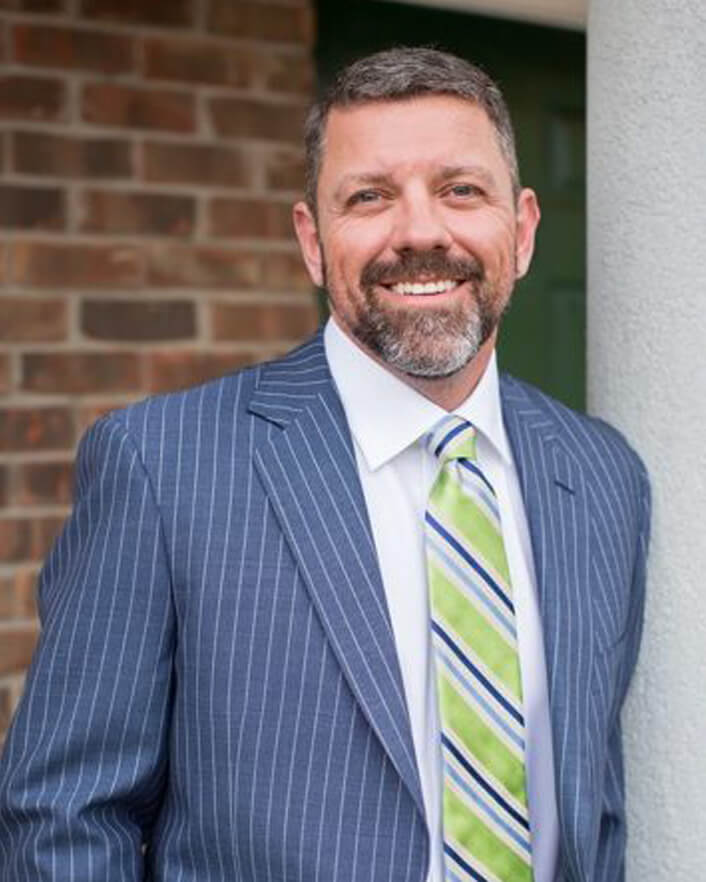 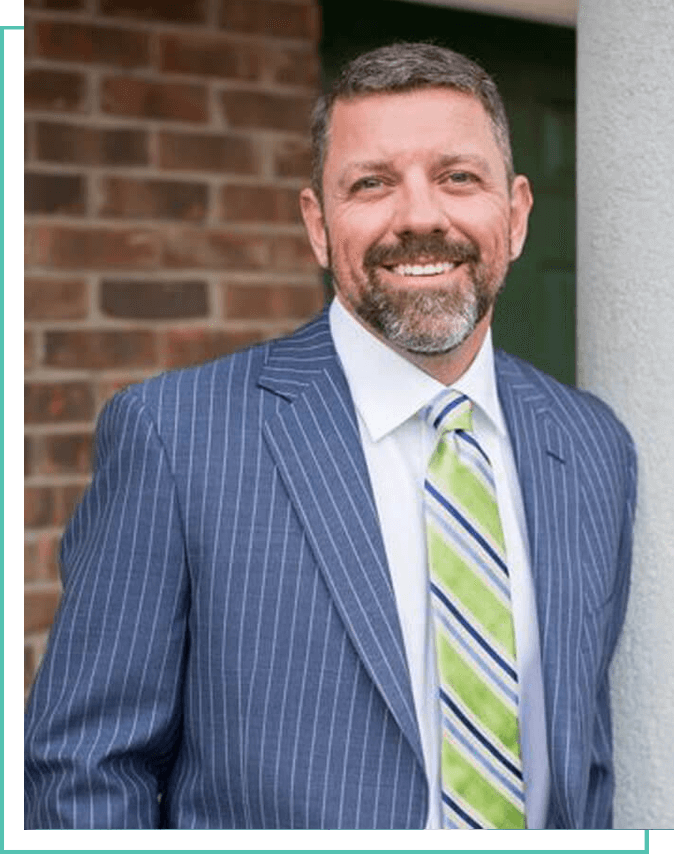 Dr. Haney’s passion for excellence in patient care, his commitment to ongoing learning, and his motivation for always being at the forefront of clinical advancement within the dental industry make him a valued addition to the CORDENTAL Group® Clinical Advisory Board. He has invested countless hours in advanced dental training, expanding his knowledge and application skills in restorative dentistry.

Dr. Haney is a graduate of the University of Tennessee’s College of Dentistry. After dental school, he completed an Advanced Education in General Dentistry (AEGD) Residency at Barksdale Air Force Base in Louisiana and also spent time in Panama, Central America. Upon completion of his residency program in 1998, he returned to Tennessee to establish his current dental practice in Knoxville. 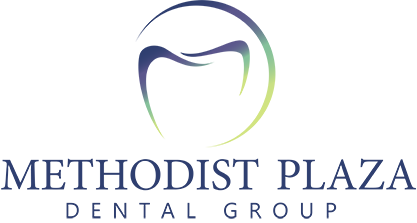